Our Board of Directors

Chris Brandt is the Chief Executive Officer of Audacious Inquiry (Ai)—he oversees client services, portfolio planning, product development, and operations. In 2004 he founded the company with a mission to use information technology as a change-agent for positive impact. Mr. Brandt led the effort to become one of the first recognized B Corporations in Maryland; integrating our company’s values with the work we take on has resulted in a greater footprint and alignment with our clients’ goals. Through his role in driving the company’s growth over the years, Ai has been consistently recognized in Inc. 5000’s list of America’s fastest-growing private companies, and in 2014, he was named Entrepreneur of the Year by Ernst & Young for the Maryland Region. Mr. Brandt serves as a staff adviser to CRISP, Maryland’s health information exchange. He served on the boards of the Duke University Alumni Association and the Maryland Small Business Financing Authority. Prior to founding Ai, Mr. Brandt held information technology positions with Prudential. He holds an MBA from the Wharton School of the University of Pennsylvania and an AB in Computer Science from Duke. Chris is a Fellow of the third class of the Health Innovators Fellowship Program and a member of the Aspen Global Leadership Network.

Scott Afzal is the President of Audacious Inquiry and a Strategic Advisor for CRISP, a health information exchange serving Maryland, DC, and West Virginia. Across both roles, Scott establishes organizational growth strategies, delivery system reform initiatives, and technology solutions to support value-based payment models and connected communities. Through Ai, Mr. Afzal advises other states, health systems, and health information organizations on health information exchange (HIE) implementation approaches and sustainability strategy. Previously at CRISP, Mr. Afzal served as the Program Director for the organization’s first 10 years; he managed the roll-out of CRISP’s HIE network while leading the development of new service offerings. Scott is a noted speaker on HIE, having presented at regional and national health IT conferences. Prior to joining Audacious Inquiry, he served as a consultant with Accenture, Inc. out of their New York City office. Mr. Afzal holds a Bachelor of Science in Business Administration (BSBA) from Bucknell University. 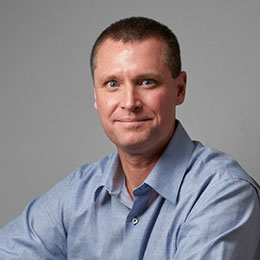 Cal Wheaton is relentlessly dedicated to understanding the companies and opportunities he works with and focuses his efforts on constructively supporting and bringing forward to the leadership team the ideas, resources, and people that will drive a business forward.

As general partner at ABS Capital, Mr. Wheaton has found compelling investments at the intersection of payments, people, wealth, health, and benefits — with a deep knowledge of how technology is impacting processes, transactions, and systems. Mr. Wheaton believes in the truth and transparency of data, and the clarity and simplification it creates when partnering with executives to optimize their business models and strategies for continued success. Building trust and working side-by-side, his humble approach of building partnerships on trust, empathy, and availability (with a big dash of humor) has allowed him to develop an extensive network that can be called upon at any time. In addition to her public service, Ms. Thompson has held senior management positions at major U.S. technology and consulting firms.

She holds a Masters of Public Administration from the George Washington University and a undergraduate degree from the University of Virginia. Dan Mendelson recently joined the healthcare group of Welsh, Carson, Anderson & Stowe (WCAS), a leading U.S. private equity firm, as Operating Partner. In 2000, He founded Avalere Health, a provider of advisory and business intelligence solutions to health plans, delivery systems, and life sciences companies. Mr. Mendelson served as CEO of Avalere until 2015, when the company was acquired by Inovalon Holdings.

Prior to founding Avalere, Mr. Mendelson served in the White House Office of Management and Budget during the Clinton Administration, as the Associate Director of Health. In this role, he was responsible for the nation’s healthcare portfolio, including Medicare, Medicaid, NIH, CDC, and the FDA. He began his career with The Lewin Group, where he rose to Senior Vice President and focused on strategic and operational planning.

Mr. Mendelson serves on the Board of Champions Oncology, Centrexion Corporation, and numerous non-profit and philanthropic boards. He is a member of the Strategic Advisory Committee at the U.S. Holocaust Memorial Museum in Washington, DC. He previously served on the boards of Coventry Healthcare (sold to Aetna in 2013), PharMerica Corporation, and HMS Holdings.

Ryan Engle is a Partner at TT Capital Partners, focused on deal execution in high-growth healthcare information and services companies. He has over 15 years of investing and transaction experience across a variety of industries including healthcare. During his career, Ryan has extensive experience actively working with portfolio company management teams and leading transactions both as an advisor and an investor.
Prior to joining TTCP, Ryan worked in private equity, investment banking and at a global corporation. Most recently, he was a leader in the corporate development group at Cargill, a $130 billion revenue corporation focused globally on the food, agricultural and financial sectors. Ryan also worked in private equity for Lindsay Goldberg and Norwest Mezzanine Partners where he evaluated and executed acquisitions of buyout targets in a variety of industries and performed active portfolio management for investments. He began his career in investment banking with Morgan Stanley serving in offices in New York, Sao Paulo and Chicago.
Ryan earned a B.B.A. degree from the University of Notre Dame and an M.B.A. from the Columbia University Graduate School of Business.